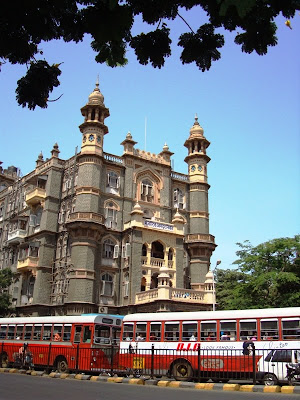 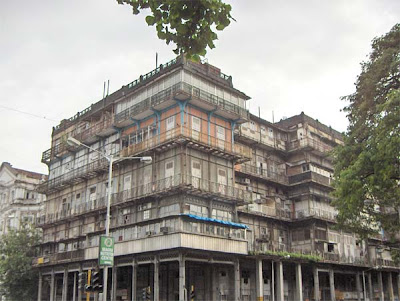 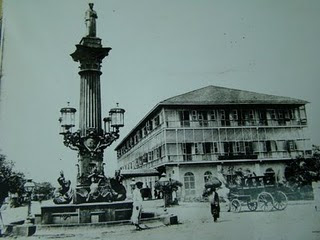 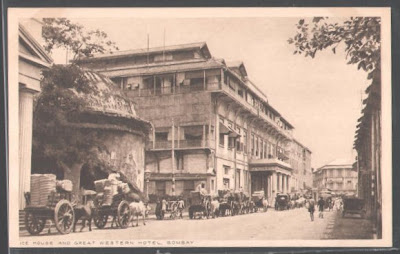 thanks for shearding sucg good information

Just realised that I made an error in my earlier comment. The Khada Parsi statue next to the Bycullah hotel in the picture you've posted is not at the same place. The hotel and statue were earlier at the junction of Nagpada just opposite where Saarvi restaurant is now and next to Rolex restaurant presently located. The hotel was razed and a new road built in it's place and the Khada Parsi statue was shifted to the other end of Clare Road now renamed Mirza Ghalib Marg next to the Y bridge. Mystery solved.