- By Deepa Krishnan
On April 15 (Poila Baisakh, the Bengali New Year), a Bangladeshi writer I know wrote an article bemoaning the loss of traditional Bangla culture.

Children in Bangladesh are eating pizza and burgers, he agonised. They're losing interest in traditional Bengali food! They're listening to Westernised remixes of traditional Bangla songs! They're losing touch with rural Bangladesh, and even losing simple local knowledge (for example, how to walk through slippery soil or negotiate rickety wooden bridges).

As I read his article, it naturally struck me that we have pretty much the same thing happening in India.

I know only half the traditional Tamil pickle recipes that my mother knows. I do not know how to drape the beautiful traditional kanjeevaram, the 9-yard saree (although I've been promising myself that I will learn it!). I do not know the names of the months in the Hindu calendar, and I cannot read the traditional almanac to check for "auspicious" hours. I don't know how to draw water smoothly from a village well, or how to frugally channel the watering of a coconut grove. I have none of my father's intimate knowledge of astrology, or his deep understanding and appreciation of Kathakali. I am blind to the sowing and harvesting patterns of the paddy fields, and I can barely tell one spice from another in a plantation.

It seems to me that in just one generation, a whole world has been lost. 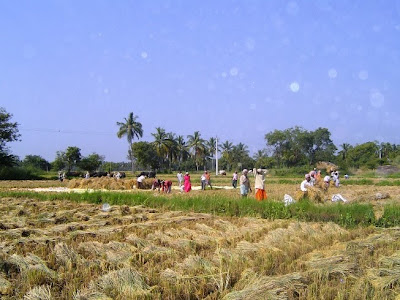 Watching the paddy harvest at Hampi. We had no clue it was harvest season when we went there.
When I consider my daughter's generation, the loss is even deeper. My daughter and niece are even less familiar than I am with festivals and rituals. They are city kids, who know nothing at all of village life. They will, in all probability, never wear a 9-yards kanjeevaram...and in time, the looms that produce these beautiful sarees will stop making them.

My first instinct, therefore, was to empathise with the Bangladeshi writer's sense of loss.

But then, I stopped to think.

Is this really loss? Or is it just a natural movement forward?

Do I really want us to be a stagnant people, staying the same always? So what if music and food preferences change over time? So what if our kids love rock music, and remix it into their own versions, part Indian, past Western? So what if we love Chinese cuisine, turning fried-rice into a uniquely Chindian offering?

In India we have had a glorious tradition of adopting and literally transforming all sorts of foodstuff. We did not have tomatoes, potatoes and green chillies until 500 years ago when the Portuguese brought it. But look at us now; these are an integral part of our cuisine! 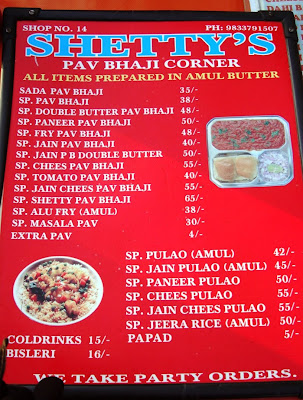 In my home, yes, we do not cook some of the traditional Tamil and Kerala dishes because I don't know how to. But we are experimenting with all sorts of other stuff - Gujarati achars, Punjabi masalas, Greek feta, Italian pastas, Mexican sauces, Chinese stir-frys - this is no loss!! More and more interesting spices are entering my kitchen, and soon these will be part of a glorious new cuisine. Far from being a loss, this is a fresh breeze wafting through my kitchen bringing flavours from all over the world into my life.

I believe people who have a problem with cultural changes are blinkered. Cultures that do not learn and adapt - they just wither and die. Those who observe, adopt, adapt and innovate are richer for it.

But then (sigh), what of the old ways and their undoubted beauty? Do I really want to forget our history and culture? It is a dilemma, isn't it?

At a dinner discussion some months ago, my daughter asked, "Amma, do you think it's important to study history? It's just a bunch of old stuff, right?"

And I answered her by saying, "I think it is important to document and preserve information about the old days and the old ways, otherwise we won't know who we are or where we came from."

The real reason why people fear cultural change is because they think it leads to identity loss. But what if we teach our children who they are, what their roots are? If we are able to connect children to their roots, then they can listen to any kind of music, eat any kind of food, wear any kind of clothes... but I believe they will still remain anchored to their real identity. They will, even while embracing change, not morph into rootless, culture-less, confused strangers.

Speaking for myself, my heart is here, anchored in Mumbai, amidst my family. Whether or not I learn to cook a 10-course feast, I know that this sophisticated subtle Brahmin vegetarian cuisine is part of my rich legacy. Whether or not I eventually learn to wear the 9-yard kanjeevaram, I know it is my people who created this thing of beauty many hundreds of years ago. So even as I fly around the world and experiment with other clothes, I feel the silken threads of the kanjeevaram anchoring me, calling to me, reminding me of my roots.

So yes, Old is Gold, because it tells who you really are. Armed with the old, it's easier to tackle the new! 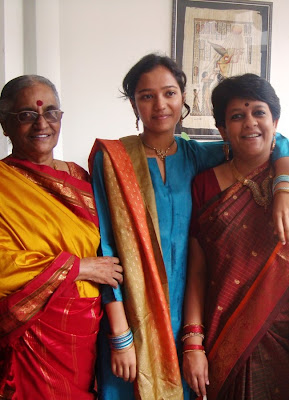 My mother in a 9-yard South Indian kanjeevaram, me in a more "modern" 6-yards version, and my daughter in a "borrowed-from-North India" salwar-kameez. Our clothes reflect three generations of change already!

We threw a Saturday lunch party yesterday (well, maybe that's the wrong way to phrase it - the party sort of threw itself).

You see, my husband is changing jobs, and his team from the old company wanted to organise a farewell party. The venue was our house. 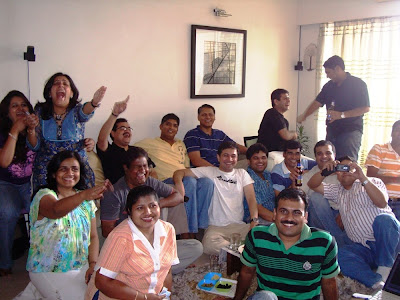 The gang showed up with an amazing number of beer bottles. A plastic tub from the bathroom was rescued, filled with ice and water, and served as the chiller. The guys assured me that adding salt to the water would speed up the cooling process. "Three minutes for ice-cold bottles", they boasted. So my somewhat flummoxed maid was summoned and asked to dump salt into the tub. She thought (so did I) that the boys were nuts, but apparently salt reduces the freezing point of ice, or some such thing. Anyway, I was having wine, so I didn't really care :) 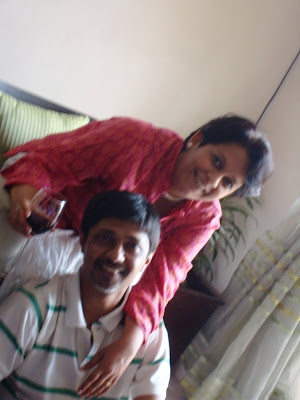 We live in a small apartment that is absolutely not capable of holding 20 people - but hey, this is Bombay - where we all know how to survive the super-dense local trains. Naturally, all through the afternoon, as the beer levels progressively increased, people showed a lot of creativity in finding places to sit / sleep / slouch (and straddle!) 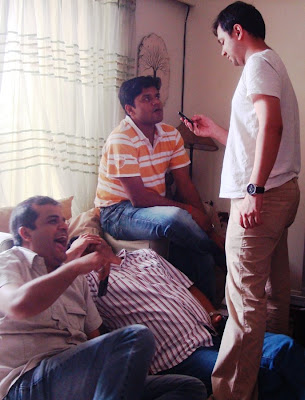 The star of the show was our new music system - my husband's pet project, into which a substantial portion of the family fortune has been sunk. Through the afternoon, I heard not one, but several technical discourses on how to make the most of our Bose (what is it with men and gadgets?). 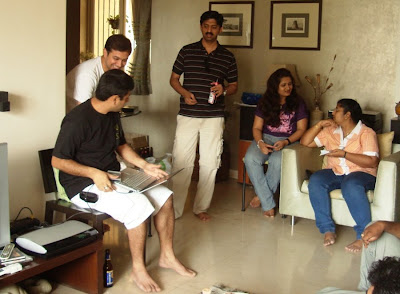 The laptop was rigged up to the system (so were mobile phones), and we had a merry procession of DJ's, each trying to educate the audience on what constitutes good music.

We started with lavni - a provocative song called 'Piklya Paanacha' - which was completely lost on the non-Marathi part of the group, but which I loved. It led to discussions on how lavni shows now work in the interior parts of Kolhapur and other districts, how the age of Mumbai dance bars is now over, and how - if you are on the inside track - you can see dance shows in Pondicherry of all places! If you want to hear/see the lavni song and dance, the link is here - and if you want a translation of the superbly rustic lyrics - dripping with innuendo and come-hither references, just ask me!!

Moving on from lavni - the gang had people from all parts of India, so we moved on to a wide assortment of other stuff - the Tamil gang played some good old Ilayaraja hits and some 'modern' Kollywood stuff (loud catcalls, etc!). There were classic Hindi movie songs from O P Nayyar; "50-years of Golden Bollywood", nostalgic stuff from Bob Dylan and Santana, and an assortment of blues and jazz.

There were repeated calls for music from Dilli 6 from me - I wanted to listen to what I call the achar song :) For me this song has become the quintessential summer afternoon song, and the sight of the sunlight filtering through the curtains made me want to hear it.

Surprisingly, no one asked for or played the newer Bollywood "party" numbers, except for one aborted attempt at the popular 'Pretty Woman' song from that Shah Rukh Khan starrer. I was kinda surprised. If there is one type of music that everyone in Bombay understands (especially after several rounds of beers), it is Bollywood dance music - a sort of universal common denominator not only in Bombay but across the country.

I don't have anything against the feel-good numbers that Bollywood produces - many are fantastic infectious songs that set your foot tapping. But I think I enjoyed our somewhat divergent musical afternoon more, simply because of all the inflections and variations we had. Tamil, Marathi, Hindi, English, old, new, modern, traditional and folk music - the songs were chosen by different people from different parts of the country, with different kinds of upbringing. There was a lot of laughter and shouting and booing, but it was good-natured fun, and every song was given its due chance to impress.

Later that night I thought about the party and reflected with a smile that maybe this sort of get together is why I like Bombay. The mix of people and all the different regional flavours is what makes this city a cosmopolitan joy to live in. The more we live side by side, the more we learn to listen to each other, the richer we become. I wish some of the intolerant idiots who are ruining the city with ther bigotry would learn this simple lesson.
Posted by Deepa at Sunday, April 11, 2010 7 comments: