- by Janaki Krishnan
.
Food is one area where my husband and I are poles apart (although our horoscopes show samasaptakam, or perfect agreement between our stars!).
.
While I am a foodie, my husband believes that one should eat only to live. Recently, he had a minor surgery, after which he was advised to eat a nutritious diet with plenty of milk, vegetables and fruits. This is where the Nendrampazham came to my rescue. The only fruit that my husband eats with delight is this king of bananas, a big yellow variety that is also called 'Rajali Kela' in Mumbai. 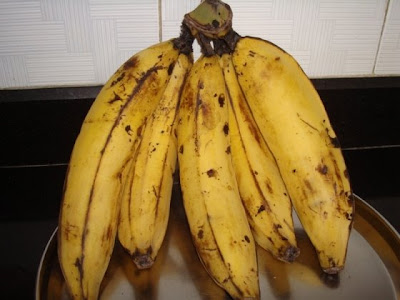 Rajalis from Vasai come into the city, but the Kerala variety is sweeter
.
Unlike the usual small sized bananas, this fruit can only be eaten plain if you have a strong digestive system. The popular method is to steam cook it, so that it becomes an ideal food for the sick, the elderly and for young children.
.
For my husband, I often cut the banana into 3-4 pieces and steam it with jaggery. It takes just ten minutes to cook, and everyone loves the taste. The pleasure of unwrapping the banana with your hands and tasting the caramelised jaggery is simply heavenly.
. 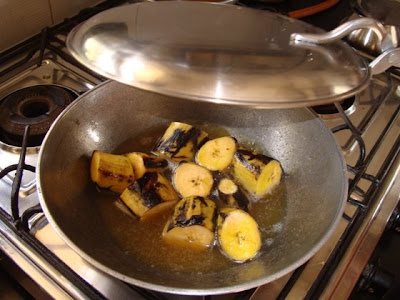 Bananas in a kadai with water and jaggery.
. 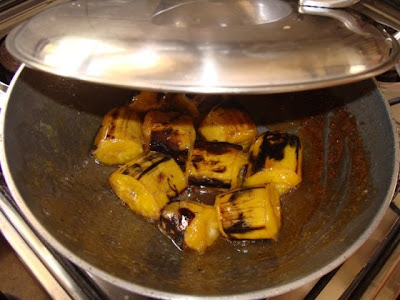 My younger granddaughter likes to have bananas sliced into thinnish circles, and stir fried in ghee. She eats it with a fork, Western style. But my older granddaughter loves banana chips. These are made using the raw version of these bananas, by slicing it very thin, and deep frying it in oil. 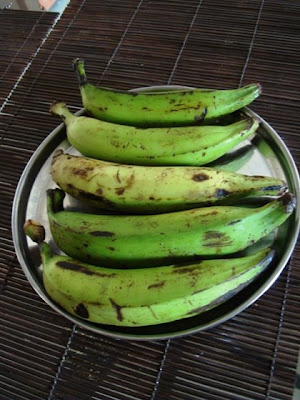 My mother was an expert in making banana chips (and my father in distributing it among his office friends). As a young girl, whenever we heard a hissing sound coming from the kitchen, I was sure that my mother was busy making chips. The hissing sound comes at the last stage of making these chips, when salt water is poured on the chips before pulling them out of the oil.

That is what differentiates the traditional home-made chips from the ones we buy in Matunga market. In the market, the salt is added later, after the chips are taken out of the oil. 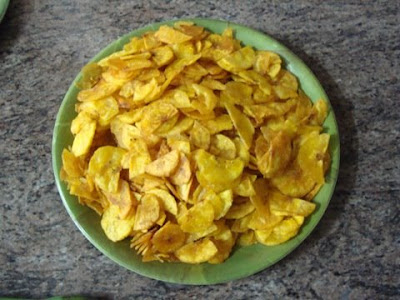 Home-made Nendrankkai chips
.
There are many more ways to enjoy this versatile banana. Sarkaraupperi is made by deep-frying raw bananas, dipping them in a jaggery syrup and then dusting it with dried ginger.
. 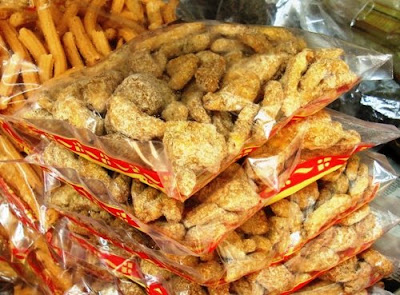 Sarkaraupperi is served at our weddings. After the first spoonful of payasam is served, this is the second favourite.
.
No food is wasted in India, even when it is available in plenty. Dried banana is powdered, stored, and later mixed with milk and water for use as baby food. My Christian friend makes sweet and salty bhajias using ripe bananas. Even overripe bananas, with the skin blackened, are turned into halwa using jaggery and ghee.
. 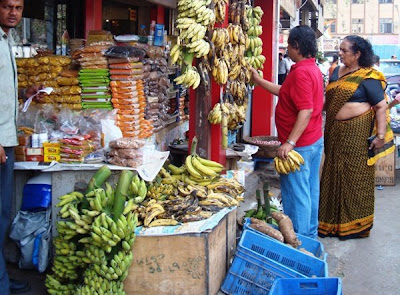 Nendrankkais are also used to make many Kerala specialities - erisseri and kaalan are my favourites. Even the skin is cut into tiny bits and converted into a tempting side-dish. No wonder this banana is called 'Rajali' - it is truly the King of Bananas!

- by Deepa Krishnan
At breakfast yesterday, my 15-year old daughter put down the newspaper in irritation.

"What's all this fuss about saving 'Indian culture', anyway?", she said. "Shouldn't we be more worried about poverty and hunger?"

She was referring to the ongoing brouhaha over Valentine's Day. The press is full of it - there are those who say festivals like these are foreign transplants, which destroy Indian culture. There are those who stoutly defend the right of people to adopt whatever culture they like, whether it is Western or otherwise.

Parents and teachers are also coping with the spread of McDonalds, the increasing absorption with skinny bodies, the new mall culture, the alienation of children from their traditions, the growing incidence of divorce, the popularity of chat sites...somehow, all of these are perceived to be the results of the increasing influence of the West (read America).

My husband looked up from the sports section that he was reading.

"I can see why they want to stop this Westernisation", he smiled. "I half want to stop it myself!" (this from a very liberal man who loves jazz and the blues and thinks no party is complete without whisky!).

"Cultural exchange is great", he said. "But this is all so one-way! How come so little of Indian culture gets exported in the other direction?"

I thought it was a very interesting perspective. If the West celebrated Indian festivals the way we celebrate theirs, perhaps people wouldn't feel so threatened? Perhaps if Holi became a popular world festival, we'd learn to take Valentine's Day in our stride!

Anyway, this whole conversation went on and on, the three of us argued the merits of preserving and documenting culture, the rate at which cultural change happens today, historical trends, and all sorts of other interesting things. Finally, we all agreed, like the sensible family we are, that change is inevitable. We must change with the times; adopting some changes and ignoring some.

Last night, my husband boarded a flight for Chennai, where he is spending this weekend with his parents. Today is Valentine's Day. I haven't wished him, and he hasn't wished me. Looks like I'm not changing my ways on this and neither is he! 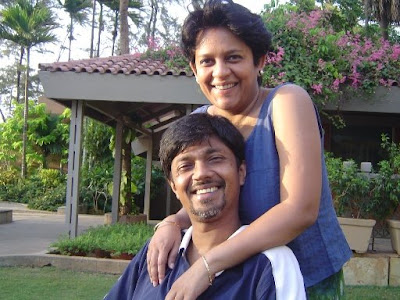 No Valentine-Schmalentine for THIS couple!
Posted by Deepa at Saturday, February 14, 2009 11 comments:

That's the title of my recent interview on CNN.com. I was pleased as punch, of course. 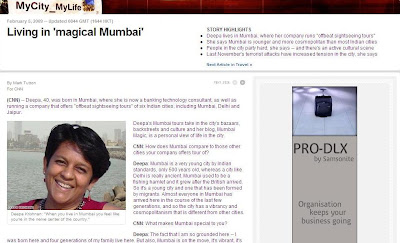 The interview on their website is part of a TV series called My City My Life. In the TV series, Anil Kapoor takes viewers on a tour of Mumbai. 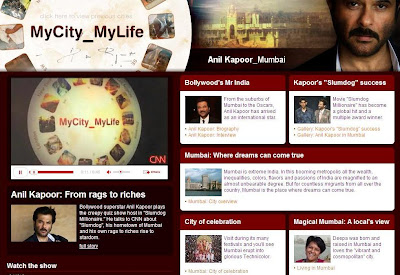 If you squint really hard at this picture you can see me at the bottom right!

The link to the interview is here, in case you want to hear me air my views on 'aamchi mumbai' and what makes it magical to me.