"Heritage" is for everyone. Or should be.

Recently a lady from Business Standard interviewed me. She asked me the about preservation of Mumbai's heritage buildings; and whether the common man was aware or interested in it.

I replied that there is a small, highly educated, elite group in the city which is interested in heritage preservation, but the common man of Mumbai has far more pressing issues in life and doesn't really care.

Then last week, we did a Fort Heritage Walk for a group of women from very low income backgrounds. None of them had a college degree. It was also the first time we did a tour in Marathi. So far, our heritage walks have been in English, which is the language of the elite in India.

This group of 24 women came from Pune by the Sinhagad Express. They were brought to Mumbai on a picnic by Yojak, a non-profit that works in education in Pune's slums (Renu who runs Yojak is in white in the centre). The women are teachers, they teach small children in their respective neighbourhoods, in an after-school learning program. For which Yojak pays them a monthly salary.

I found that our guests were highly interested, engaged, and motivated by the beauty of the monuments they saw. They wanted to listen to the details. They wanted to hear the stories. It opened my eyes to the fact that "Heritage" is really for everyone. You just need to talk about it in a language that everyone can understand. You need to make it accessible.

It's time to demystify "heritage management", time to make it less elitist. Time to take it to a larger population. And language is the key, I think. I am now considering offering the walk in local languages.

Maybe this is the next mountain I should climb?

For this group of 24 women, we did a free tour. Later when I thought about offering this tour commercially in Marathi, I felt that these women probably would not pay even Rs 50 per person for such a walk, and would much prefer to use those 50 rupees for their families' basic needs. So to take heritage to the public - many of whom do indeed have other pressing issues to think about - I need to find a creative way. Ideas, anyone?
Posted by Deepa at Sunday, January 25, 2015 5 comments: 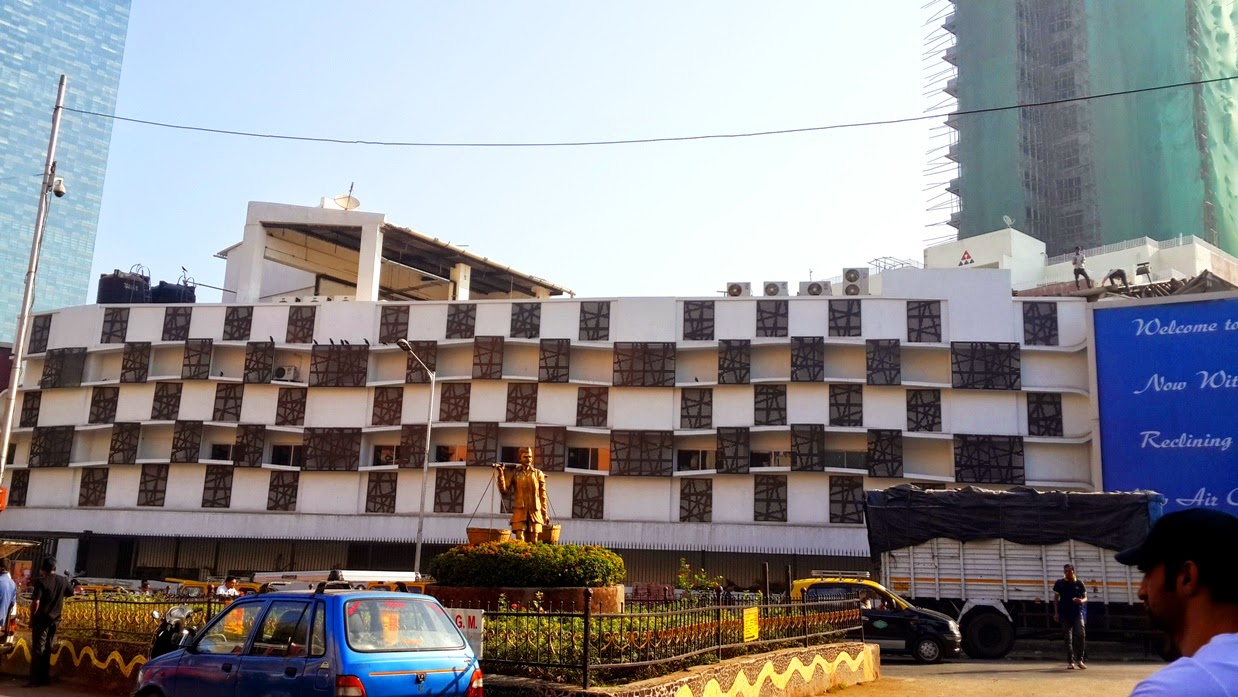 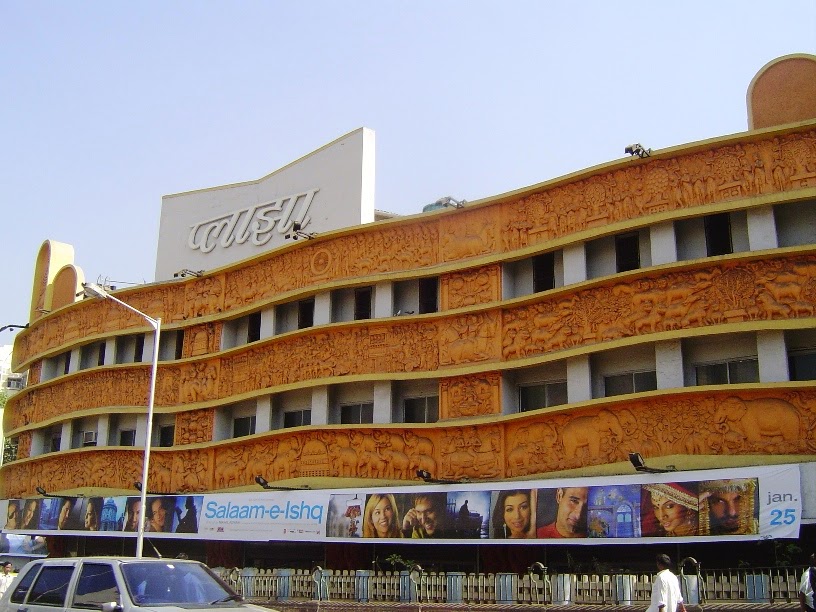 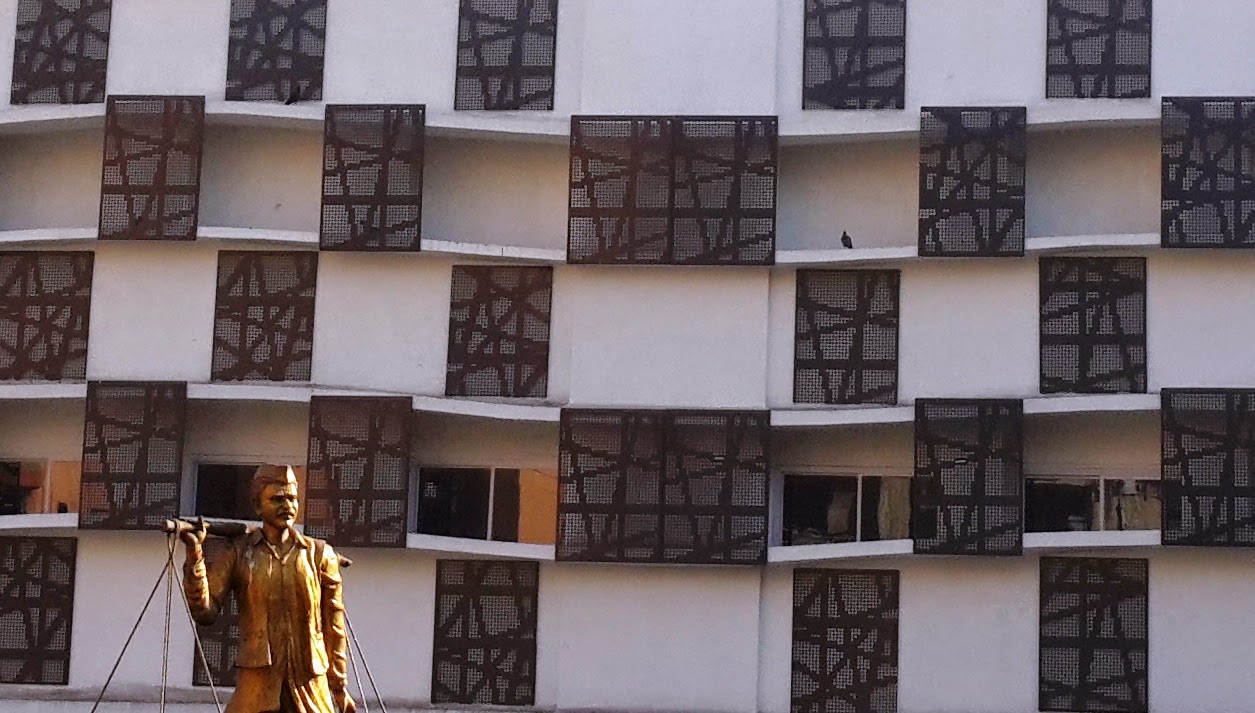 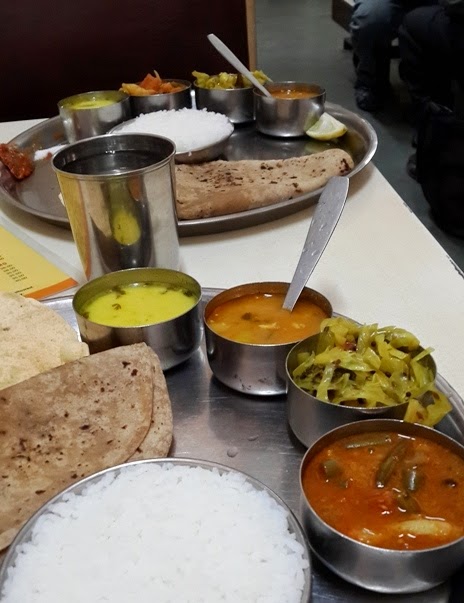 One of the pleasures of wandering around in winter in Chor Bazaar: this is Hara Chana, roasted in hot sand, over a chulha (wood fire). They're lightly salted. Simple and super-yummy. What a pleasure to eat them hot! 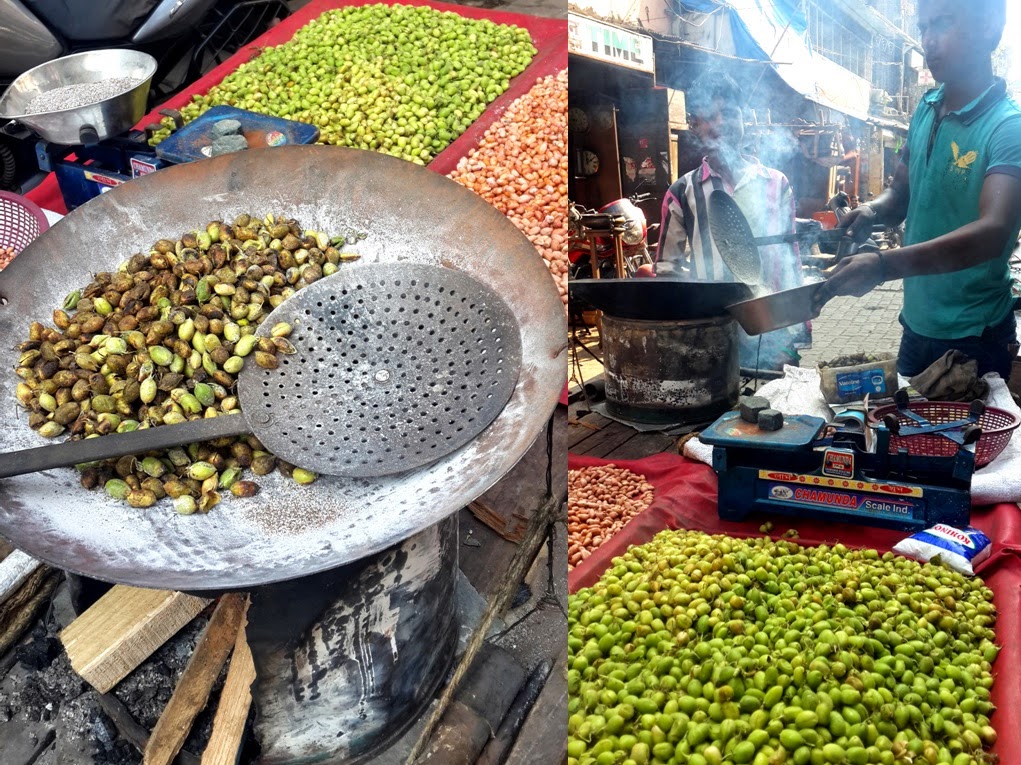 Chickpeas are available all round the year, but usually in dried form. The fresh form is only there in the markets for a few short winter months. Make the most of it! You can make the most awesome chaat with it. You can add it to salads. You can sprout it. In recipes that have peas, you can replace the peas with chana. I'm even putting them in upma. Enjoy :)
Posted by Deepa at Sunday, January 04, 2015 2 comments: