I've been wanting to photograph Bandra Station ever since its restoration some 5-6 years ago. I finally got a chance to go there last week. It is by far, the city's prettiest railway station.  No, it is not grand, like the Victoria Terminus, but in my eyes it is very beautiful. The woodwork and tiles add enormous charm, don't they? 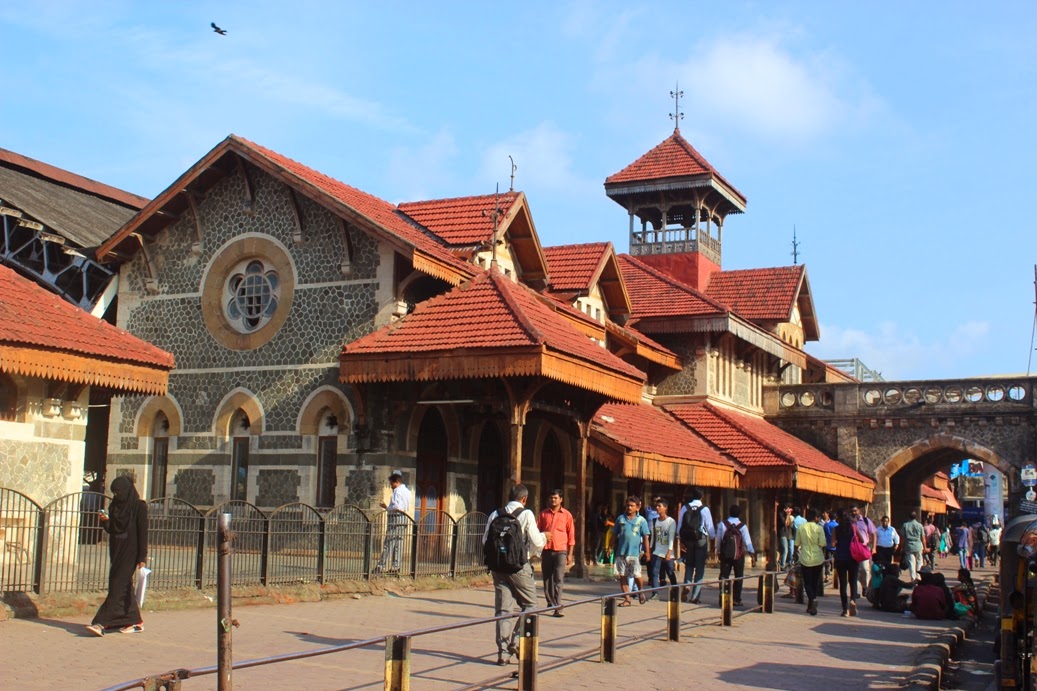 Plans for this station were finalised in the UK, and the building was erected by BBC&I in 1864. Finally in 1869, the train service (which ran only upto Mahim) was extended upto Bandra, paving the way for more people to settle in this suburb. By 1881, Bandra had 15,000 residents, of which half were Hindu, 30% were Christian and 15% Muslim. There were also Parsis, Jews and Armenians.

Apart from the attractive Mangalore tile roofing and carved wooden eaves, this station has cast-iron pillars (you can see them in this photo). Remember my previous article about Watsons Hotel? The Watsons were shipping their cast-iron pillars to India at roughly the same time as Bandra station. I wonder if the pillars all came from the same source and on the same ship :)

As part of the 1925 Heritage Regulations, Bandra Station was listed as a Grade 1 Heritage Structure (prime landmark in the city; no interventions permitted on exteriors or interiors). A conservation project was undertaken in 2008-2009 by Abha Narain Lambah Associates. The wooden eaves were restored, the roofing tiles repaired, some ticket counters and other temporary partitions demolished, the walls were strengthened. Extensive termite treatment  was done. There are more phases of restoration planned for the interiors, but I don't know what's happening to that.
Posted by Deepa at Sunday, October 05, 2014

Beautiful captures, Deepa!!! I have admired the station, but have never been able to photograph it, or even look at it as closely as you have! thanks for pointing out the details!

I have never been to Maharastra... this indeed is very beautiful.

Thanks for this article. My next visit I shall tour the place. But the downtown buildings are in pitiable condition. A little bit of touch up and I am sure they all will look great.